March is National Disabilities Awareness month [1]. As it comes to a close I want to reflect and share a very personal story. I hope that my story will shed light on kindness, empathy, and leaning into what makes you unique. There is beauty in being different, always remember that. 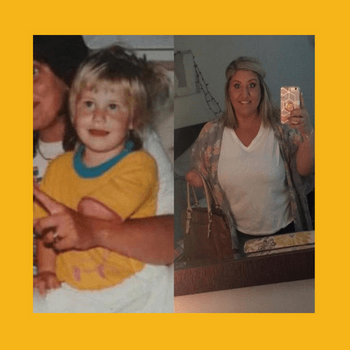 Today I want to share my story. I want to explain the trauma that I experienced that had me contemplating suicide for about two years. My story is hard to tell and even harder to have lived. It all started in the year 2006. I had just got the news that my dad was being relocated for his job. At the time my family and I lived in Albany, Georgia- a fairly small southern town in the Deep South. It was home to me and it was all I had ever known.  I was about 15 years old when my family was uprooted from Georgia to Delaware, a state in which I had never thought twice about. One thing that rushed through my mind the moment that my Dad told me we had to move was this feeling of sheer and utter panic. I was 15 and at the age where acne, boy problems, no confidence, body issues, and all that fun stuff was going on. To make matters worse I was born missing my left forearm and was very used to being depicted and known as the “girl with one arm “in my small town. Even though that label stung, I was fine with it because people knew my story and for the most part didn’t ask questions.

Behind the high walls that I put up to protect myself I was dealing with tremendous turmoil about how I felt about myself- I didn’t think highly of myself- in fact, I tried very hard not to think at all. Instead, I buried those feelings and emotions way deep down in the back of my brain, trying to suppress the heck out of my dark thoughts and unhappiness. I essentially wasn’t living but rather existing each day wishing I were someone else.

As the move got closer I remember having troubling thoughts about starting school and having to face new people and the stares and the questions and it just got to be too much for my brain to handle. So, I approached my parents with the idea of getting a new prosthetic for my arm. They were extremely shocked that the word prosthetic came out of my mouth. I am pretty sure they put the correlation together over time that the only reason I wanted a prosthetic (keep in mind I had not worn one since I was about 7) was because we were moving and I was leaving my comfort zone.  Being the amazing and supportive parents that they are, they did what I asked of them, and about a month after our move, I was fitted for a brand spanking new arm. Thinking back on that moment brings tears to my eyes. I feel so selfish and so sickened by myself.  How could I ask my parents to stress themselves out financially like that just to cover up myself with a security blanket? The only reason I wanted that prosthetic was to blend in more so I wouldn’t have to explain my story a hundred times, so I wouldn’t get stares, laughs, or even pointed at. Because even though I grew up in a very small town with the same group of people I still would get gawked at and I still left school crying plenty of days because of people teasing me.

This move to Delaware triggered so much anxiety and panic in me. I became consumed with ideas of new people staring at me and pre-judging me. I did not think that my life could get any worse nor did I think what was going on in my mind was something that I needed to vocalize to my family. As close as I am to my siblings and my parents, I could not tell them how I felt. I didn’t want my mom to blame herself for giving birth to a baby that simply was just born different. I didn’t want my Dad to worry. I didn’t want my sisters or my brother to think they had to protect me or say things to people who did stare. I wanted to suppress, suppress, suppress. And, that is just what I did. I wore my prosthetic to school for two entire years without removing it for gym class, soccer practice, speeches, honor society, group projects- nothing. I had mastered a way to tuck my prosthetic into my pocket (I ALWAYS wore long sleeves with a jacket that had pockets-no matter how hot outside) so that no one would suspect I was any different than them. I made friends and acquaintances that I tried not to get that close to just so that they wouldn’t notice- and so that I could lead somewhat of a “normal life”.

Every day without fail I went to school wearing my prosthetic arm and came home only to rip it off as soon as I walked through the door. I absolutely loathed wearing it. It was heavy and very hard to wear all day without wanting to take it off for a few minutes just to rest my shoulder from carrying all that weight. My prosthetic was extremely high-tech and had the capability to open and close the hand, pick things up, hold cups, and all that fun stuff. Sadly, I never utilized it for its intended purpose. Instead, I only wanted it to take the shape of my left arm and hand that I didn’t have, and to mask any abnormalities so that no one could tell. There were a few occasions where my peers would unexpectedly touch my arm to get my attention or tried to greet me with hugs, where they pointed out that my left arm felt real “hard” as if a cast was on it. Anytime that type of thing happened I would go with the “cast” excuse claiming that “oh yeah, I hurt myself over the weekend and am wearing a hard brace until it heals”. Of course, no one ever questioned how silly I sounded being as though the hand of my prosthetic was never visible, and was always tucked into my jacket pocket. And I hadn’t gotten emotionally close enough to anyone at my school for them to really notice. So, for two years that mind game would go on, leaving me feeling empty, hopeless, and towards the end of my 17th birthday- Suicidal. It is extremely painful for me to admit that I was at one time in my life thinking of taking my own life. The thoughts were present for a while and after each and every night that I would cry myself to sleep I reached an endpoint. I wanted to die and I wanted to be free from the pain that was present in my life from something that I later realized I created.

It is something only my sisters and close friends know about me. I have never sat down to tell my parents that I wrote a suicide note. My family had gone to breakfast and I had told them the prior night that I didn’t want to go- that I wanted to sleep in and have some alone time.  As I sat up in my room writing out all the reasons I didn’t want to be here on this planet I broke down in tears. I thought of what I was going to do to my Mom and my Dad and how my actions were not only going to affect just me, but also my family. And, from that point going forward I knew I had to make a choice. And I chose me. I chose to be Nikki. And I am so glad that I did.

The rest is history in my eyes. I showed up on my very first day of senior year without my prosthetic-a scary, bold, and unintended moment. I got a few stares and had a bit of explaining to do to some friends and teachers. Luckily a lot of people already knew my story because my amazing and wonderful big brother had a few talks with some of my teachers and friends. All along they had known that I was different, and they didn’t care. They were just waiting for me to share my story with them, and to be comfortable enough to open up to them.

I had been so wrapped up in the idea that I was going to be antagonized and bullied that I did not even take a moment to think about the opposing side. What If people just accepted me? What if I showed up at school wearing nothing but my smile, my very little to no confidence, and hope that I would be accepted. Maybe I would have gotten stares, but maybe I would have overcome those stares and used them as motivation to educate people about my lucky fin. I would do a lot of things differently if I could go back. But that’s the thing about the past; it’s behind us not in front of us. We can’t revisit old memories or thoughts and try to change them. We can only grow from lessons learned and mistakes made.

If you or a loved one is in need of talking about mental health struggles please utilize the National Suicide Prevention Hotline.  It’s okay to not be okay. Another great resource specific to individuals with limb loss disabilities is a favorite organization of mine called “The Lucky Fin Project”. Lastly, disabilities should be celebrated and not hidden away. If you want to learn more about invisible and visible disabilities please visit some of these amazing resources for parents, children, and folks looking to learn how to be better advocates.

This form needs Javascript to display, which your browser doesn't support. Sign up here instead
Close Menu